_Ds] is a Czech clan, which was founded by Dodo in 2009. Since 2011 the clan is led by Pesna. Until today the clan has a high clanwar activity and is known for strong skills in run-weapons and walk-weapons. The clan owns a few train/clanwar servers, one of them with anticheat, one for skinshot and one for lagshot. These are developed by PwN3R_B0T.

An official partnership was decided on December 18, 2020.

[AMB] is a German clan, which was founded in 2008 by TightBanger and Macronix. Even after 12 years of existence, the clan is still relatively active and has set up an All vs. All Tournament with us in August 2020. The clan also has its own freeroam server, developed by Macronix, which we visit regularly. 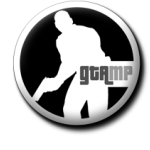 GTAMP is a Grand Theft Auto board that was founded in 2008 by SATAN and uNiteD. Even though the forum is no longer actively maintained or run, it still offers a large area of nostalgia and topics from the last 12 years. In the meantime the forum is run and hosted by the AMB clan.

NLR is a German racing crew founded in 2011 by N1ght and F4NT4. The crew is special in the sense that it offers its members racewars without them having to leave their clan. After 9 years it has become a bit quieter around the crew, but still the remaining members get together again for occasional racewars. The last racewar took place in 2017.

Lunarcentric (Armando Cornaglia) is a freelance multimedia developer who has been helping us in the design process. His knowledge is mainly in the field of web and software development in various areas. He is also the right address for requests for graphical design.

Who was here today?

This site uses cookies. By continuing to browse this site, you are agreeing to our use of cookies. More Details Close